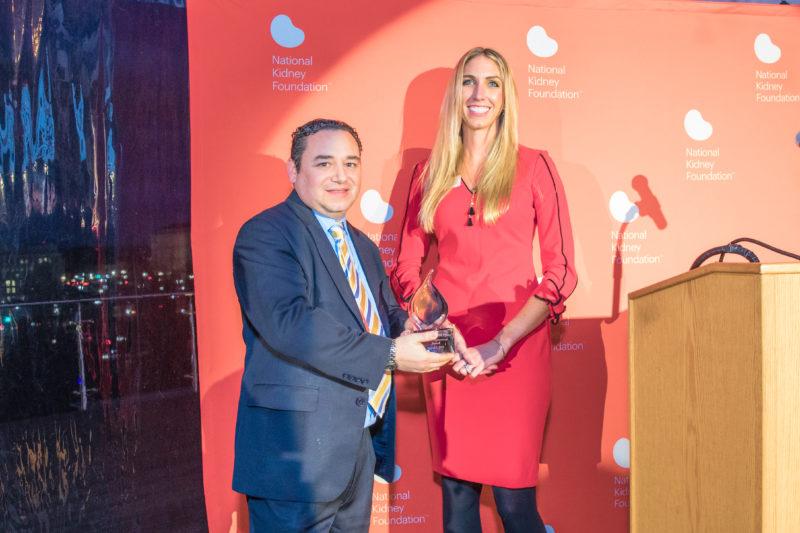 Throughout his time as a legislator, Representative Bill Posey (R-FL) has made incredible strides as an advocate for kidney patients. His passion for transforming the landscape of healthcare for the renal community transpired many years ago when he participated in Kidney Day at the state capital in Florida. It was during his time in Tallahassee that he met three-time kidney transplant recipient Richard Salick. Rich Salick received his first transplant at Shands in 1973. At the time he was a world class athlete competing professionally on the world surfing championship tour. His twin brother, also a professional surfer, was a perfect match to become Rich’s first living kidney donor. After being affected by kidney disease and receiving the transplant, Rich went on to dedicate his entire life to working with other kidney patients as an advocate. In 1976 Rich founded the Annual Surf Fest held every Labor Day Weekend in Cocoa Beach, Florida, which has raised over 4 million dollars since its inception. He was also responsible for founding the Direct Patient Aid Program that directly funds kidney patients in need on a monthly basis and the Footprints in the Sand Kidney Walk. When Congressman Posey and Rich first met, Posey was inspired by all of the effort Rich put forth in improving patient care and outcomes.

Following Posey’s first encounter with the National Kidney Foundation of Florida patient advocate, he became heavily involved with the fight to end kidney disease and to improve the lives of those affected by the disease. His passion and concern for patients is the driving force behind his initiative with the Living Donor Protection Act (H.R. 1270) as well as the legislation to improve early detection and treatment of CKD (H.R. 3867). With many roadblocks still in place to improve patient care, Posey has made it his mission to “Do everything we can for awareness and treatment” and is still actively involved with patients and programs throughout Florida and the country.

In 2014, Posey was instrumental in passing H.R. 451, designating the Cocoa Beach Post Office as the Richard K. Salick Post Office to honor his longtime friend who unfortunately passed away in 2012, but who worked tirelessly to advocate for and improve the lives of kidney patients. This honor, which was recognized by President Obama on December 16th, 2014, will forever be a landmark in preserving Rich Salick’s legacy in the town where he grew up and founded the NKFF Surf Fest and Footprints in the Sand Kidney Walk. Posey has also participated in the Footprints in the Sand Kidney Walk since its inception in 2012. Over the last few years, he has helped to recognize the day of the walk as “Living Kidney Donor Day.” The night before the 2018 Kidney Walk, he joined the NKFF at the Donor Moms Dinner where he presented the donor moms with a Congressional Certificate of Recognition and also submitted a Congressional Record statement to honor them and thank them for the ultimate gift of life provided by their children.  The National Kidney Foundation is thrilled to honor our longtime friend Rep. Posey and look forward to working with him on our legislative priorities for many years to come.